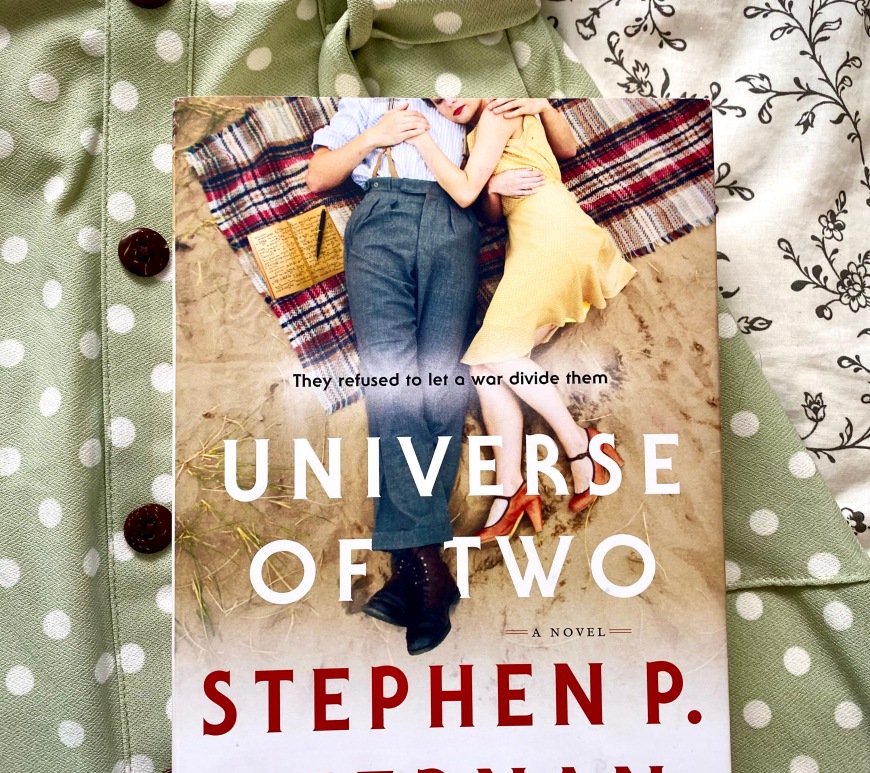 Universe of Two is based on the life of the young mathematician, Charles Fisk (called Charlie Fish in this novel), who was unknowingly recruited to work on the creation of the atomic bomb. Charlie is only eighteen, and recently graduated from Harvard, and it’s not until much later into the secret project when he realizes what exactly he’s doing for the ‘war effort’, and thus struggles with his conscience and the moral dilemma of it all.

Beginning in 1943, this book is, for the majority of the time set during the war. It alternates between Charlie’s perspective in third person, and his musician girlfriend, Brenda’s, in first person, and I found this gave an added dimension to the storyline.

END_OF_DOCUMENT_TOKEN_TO_BE_REPLACED 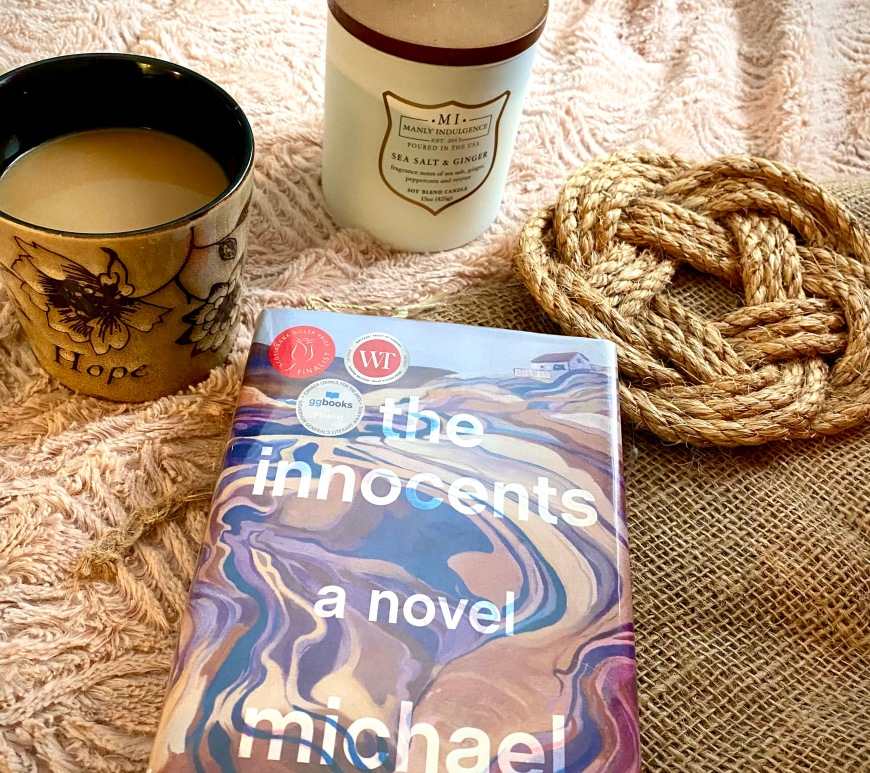 I finished The Innocents last night, and I’m still trying to process all that occurred within in the space of the last few chapters.

At first glance, The Innocents is a story of survival–how a brother and sister fend for themselves in a deserted cove off the shores of Newfoundland. Diving further into the book, however, there are nuanced layers and disturbing themes I didn’t foresee. The ending left me disturbed, shocked, and contemplative. I was reminded of the Romantic English poet, William Blake’s Songs of Innocence and of Experience. Especially the contrast between the “The Lamb,” in the first section and “The Tyger’ in the latter. I felt the characters in this book were a merging of the two contrasts: innocent, and yet so far from innocent at the same time.

END_OF_DOCUMENT_TOKEN_TO_BE_REPLACED 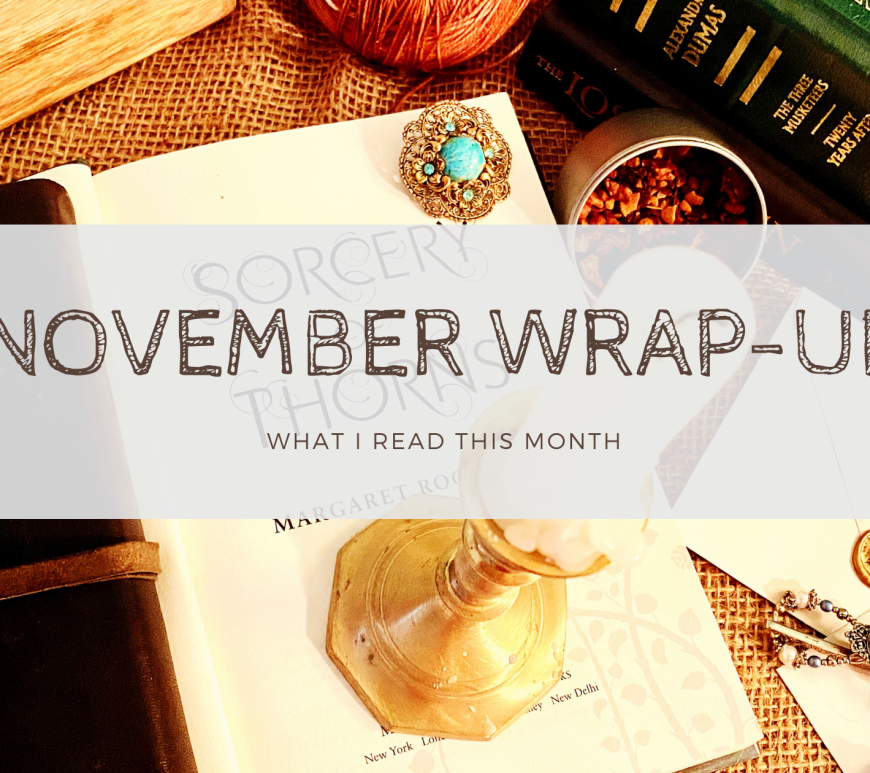 November has been my best month reading-wise. I read eight books this month, which I don’t usually manage to do, and many of them averaged between 4.5 and 5 stars. It’s really hard to pick a favourite as I enjoyed the variety of books I read. The genres I covered were: nonfiction/memoir, YA fantasy, middle Grade, and historical fiction. I hope December will be just as successful. I’ve currently read 45/40 of my reading goal, and want to make it to 50 before the end of the year.

END_OF_DOCUMENT_TOKEN_TO_BE_REPLACED 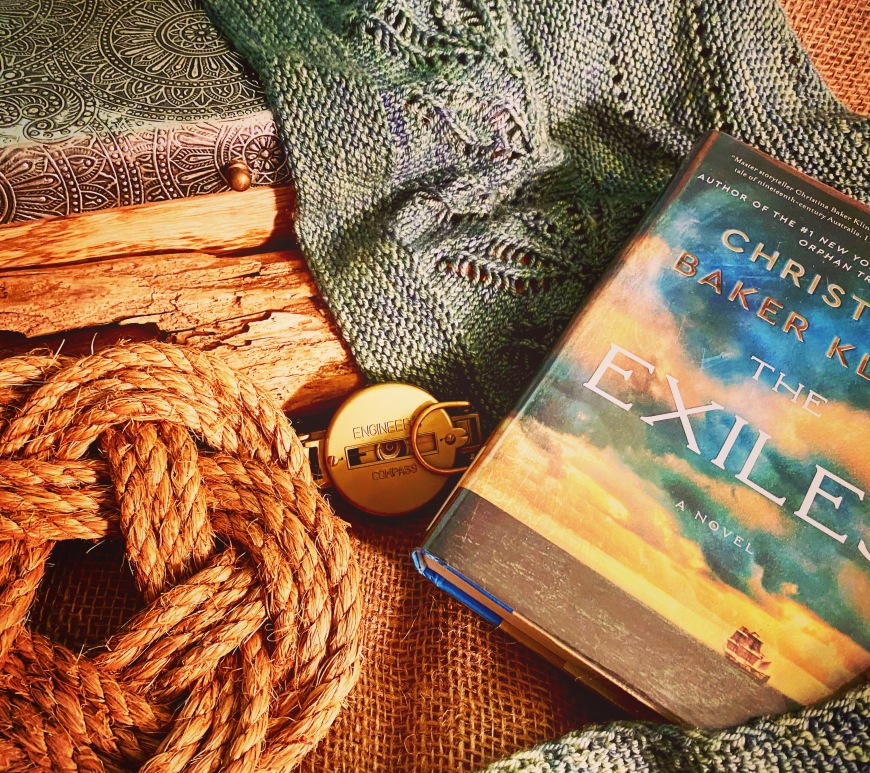 Its been awhile since I posted, and also some time since I did a proper book review, even though I’ve been keeping track of the books I’m reading on my instagram. I’m hoping to get back into the flow of book reviews as I’ve already read four books this month and have many more on my book cart waiting for me to read.

The Exiles by Christina Baker Kline came in for me at the library and I devoured it between that afternoon and the next. I simply couldn’t put it down. Set in the 1840s, this novel tells the story of how female convicts were banished to Australia for the slightest offence, such as stealing a silver spoon or for simply being pregnant out of wedlock.

This is a story of hardship and heart-wrenching loss, cruel injustice and discrimination, as well as also being a story of perseverance and resilience in spite of opposition, and the powerful bonds of friendship and togetherness in the face of trials.

There are three main characters in this book, and each of their stories are equally heartbreaking.

END_OF_DOCUMENT_TOKEN_TO_BE_REPLACED 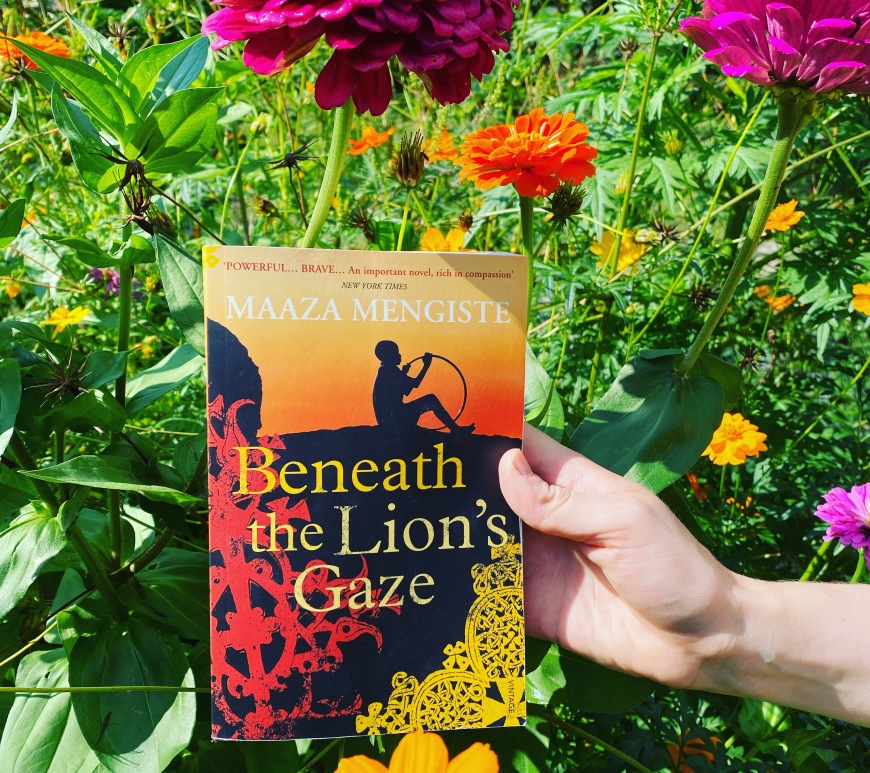 Beneath the Lion’s Gaze by Maaza Mengiste is a powerful and heart-wrenching debut set during the Ethiopian Revolution of 1974, the demise of Emperor Haile Selessie, and the terrifying military regime that followed.

Alternating between multiple perspectives, this book chronicles the struggles and sacrifices of one family through a diverse and intricate cast of characters and voices.

There is Hailu, a distinguished surgeon at the hospital in Addis Ababa, struggling with his beloved wife’s declining health, the friction between his younger son, Dawit and himself, and his duty as a doctor in a country whose government is brutally torturing and killing its citizens.

When Derg soldiers bring in a severely tortured prisoner and order Hailu to heal the victim so they can torture them some more, Hailu struggles with his conscience and ultimately makes a decision that will put his life in jeopardy.

END_OF_DOCUMENT_TOKEN_TO_BE_REPLACED 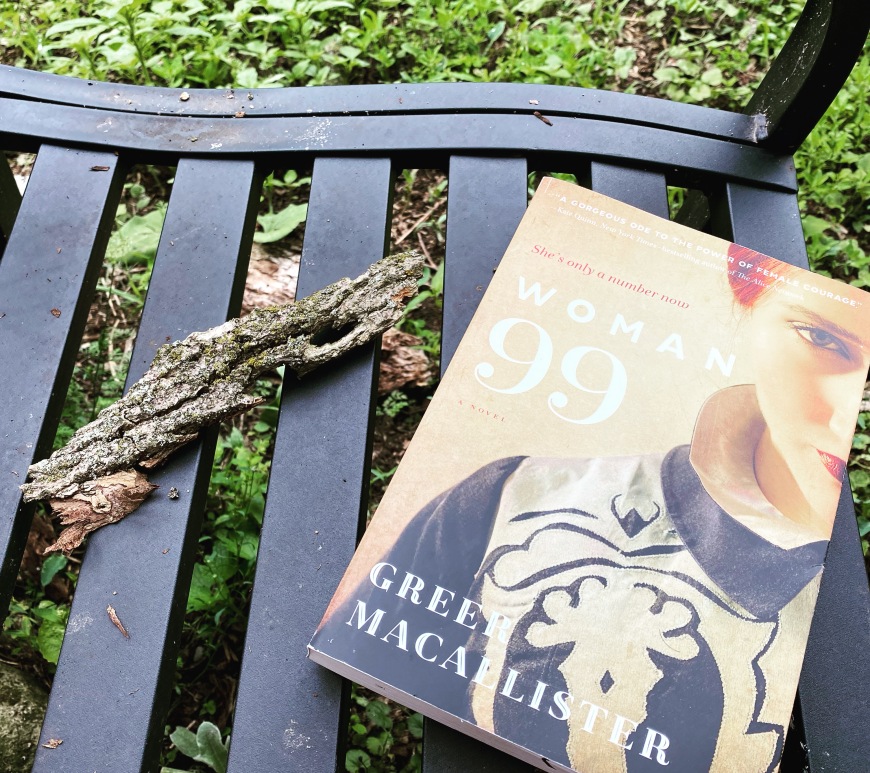 Goldengrove devoured my sister every time I closed my eyes.”

Goldengrove is a privately owned institution designed for those in need of mental health care. From the outside it appears to be a tranquil, welcoming place for rest and recovery. However, it may not be as healing as it seams.

Set in the late 1880s in a time where many outrageous treatment practices for mental illness were being performed, Woman 99 by Greer Macallister portrays what life was like in a mental health institute or asylum of that day.

Charlotte and Phoebe Smith are two close knit sisters of a wealthy and privileged family in San Francisco. Image is everything to their mother, and they must put on the best front, or risk embarrassing the family name. When the older sister, Phoebe begins to show signs of recurring mania and melancholy, her parents commit her to a nearby asylum run by family friends. Just like that, Phoebe is locked away, cut off from corresponding or visiting with her family, almost as if she wasn’t part of the family in the first place.

END_OF_DOCUMENT_TOKEN_TO_BE_REPLACED 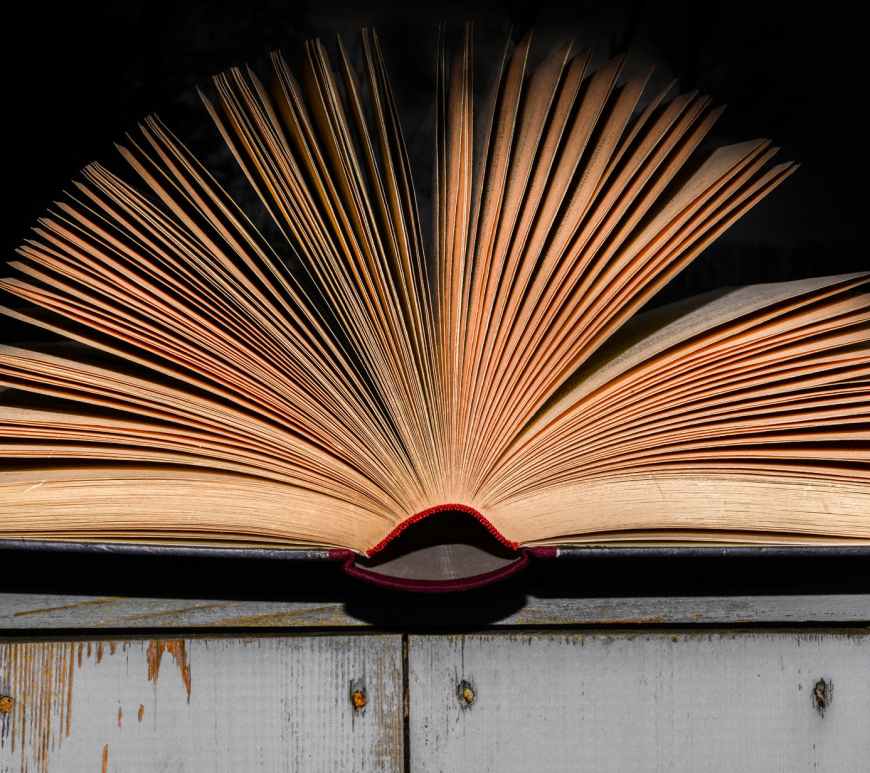 This prompt is hosted weekly by Taking on a World of Words. To participate you simply answer these three questions:

What Are You Currently Reading?

I’m currently reading Homegoing by Yaa Gyasi. I’m halfway through and loving it! This is another spectacular read!

I also just started reading Will of a Tiger by Iris Yang (the sequel to Wings of a Flying Tiger) on my computer.

END_OF_DOCUMENT_TOKEN_TO_BE_REPLACED 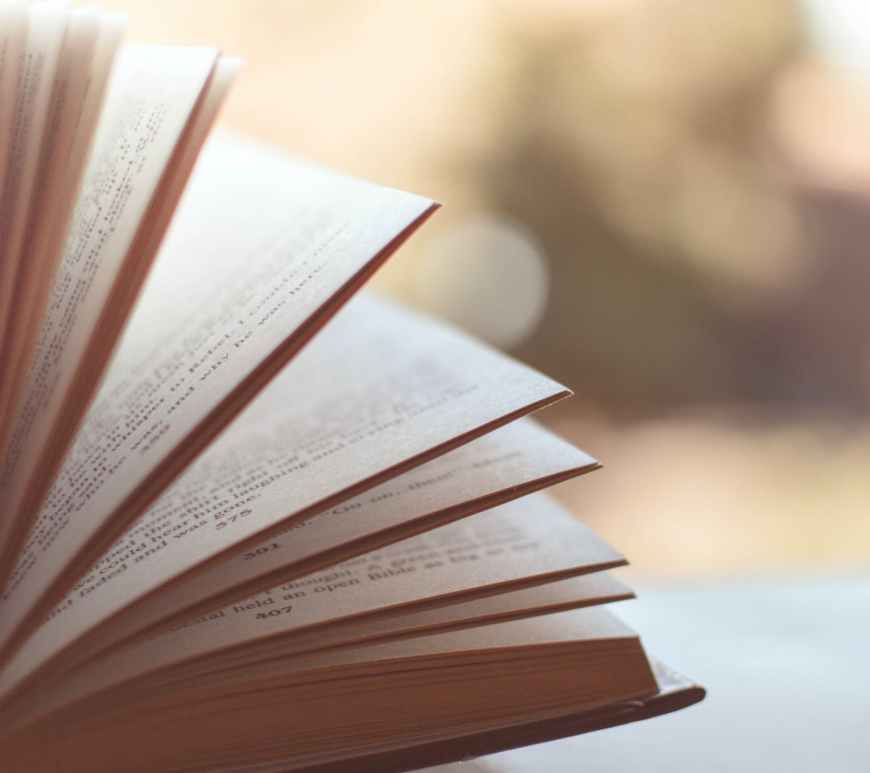 This prompt is hosted weekly by Taking on a Worlds of Words. To participate you only have to answer these three questions:

END_OF_DOCUMENT_TOKEN_TO_BE_REPLACED 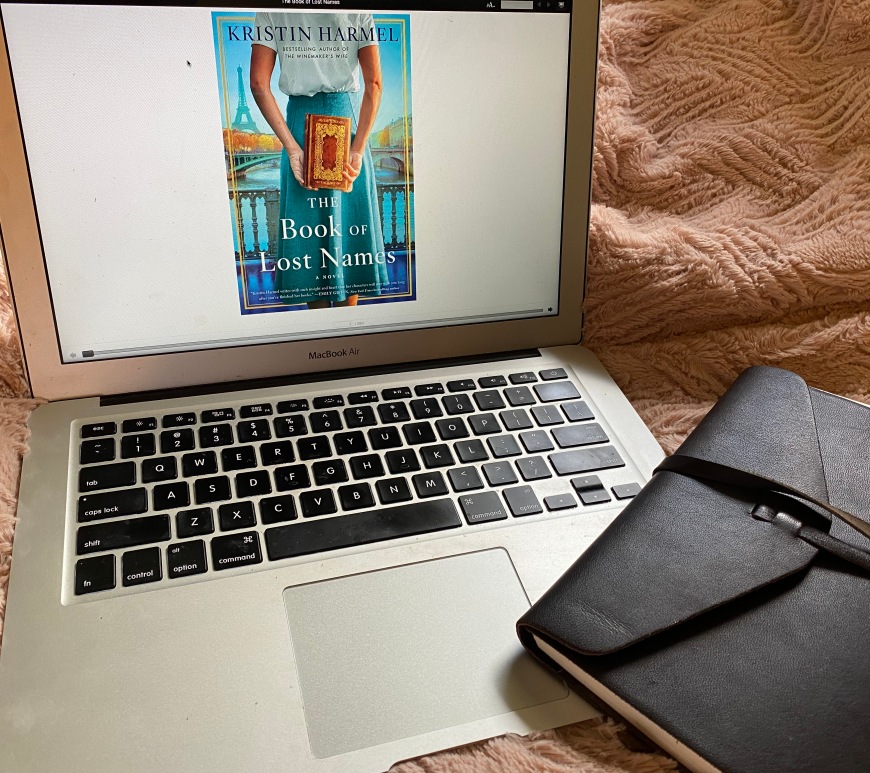 Carefully crafting the world around which forgery thrived, The Book of Lost Names opens a door into the underground world of the 1940s, and gives us a glimpse of what it could have been like to work in the secret cells of the Resistance.

Alternating between 2005 and the 1940s (with the majority of the novel set in WW2) it chronicles how this illegal act became a vital source of resistance work and one of the core means of survival and escape in World War Two.

Eva Traube is a young Jewish Frenchwoman living in Paris and attending university when she is told a shocking and unbelievable rumour: thousands of foreign-born Jews are about to be rounded up in Paris. Although, Eva herself is French, her parents are Polish and could be in danger if these rumours are true. And yet first, Eva doesn’t believe them–they are too horrible, too unimaginably unjust to be plausible until the unimaginable happens.

END_OF_DOCUMENT_TOKEN_TO_BE_REPLACED 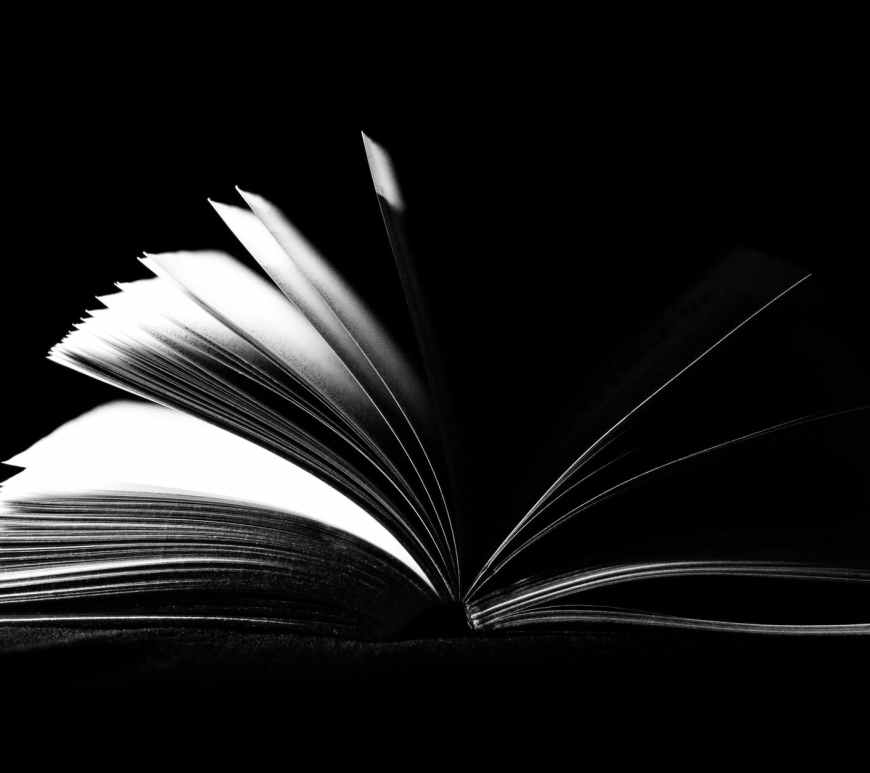 Free picture thanks to Pexels.com

This prompt is hosted by Taking on a World of Words. To participate you just have to answer these questions:

What Are You Currently Reading?

I’m currently reading too many books at the same time, but there’s so many good books out there I can’t help myself! I recently purchased The Girl with the Louding Voice by Abi Daré and am loving it. I’m pretty sure it will be a five-star read for me. It’s one of my favourite books so far for 2020. I’ll post a review once I’m finished it.

I also love that I have a hard copy of the book. E-books are a great way to access books, especially during COVID times and I really appreciate that I can access e-books through my library system and through Open Books and Net Galley and I’m also very attached to the hardcover and paperback versions. I just love the feel of holding a book and turning the pages, rather than staring at a computer screen.

I started reading Homegoing by Yaa Gyasi through my local library system. I was struck by Yaa Gyasi’s breathtaking prose from the opening paragraph. Her writing is simply beautiful! I’m looking forward to reading this book.

END_OF_DOCUMENT_TOKEN_TO_BE_REPLACED

My name is Violet, and I'm an avid reader and book reviewer, who is also working towards a nursing degree.
The purpose of this blog is to share my immense love of all things bookish with you!

Thanks for stopping by and I hope you can join me on my literary journey!

As spotted on my walk today. 🍄
#QOTD: If you’ve read both Tolstoy and Dostoyevsky, which author is your favourite, and why? And what is your favourite work from each author?
🍁A walk down my street🍁
Last night I dreamt I went to Manderley again.” Rebecca—Daphne Du Maurier
#QOTD: Do you use Little Free Libraries?
Meet the Bookstagrammer post

Shop at Sullivan is an affiliate link, which will provide me a small monetary income if items are bought through it. In turn you can use my code WoolandWords and receive 10% off.